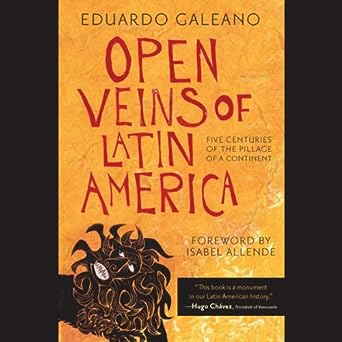 I have heard people says: “Mexico is poor because it is rich.”  At first that sounds like a contradiction, but it really includes a basic truth.

Most of Latin Amerca was explored and conquered as a way of extracting the wealth in the soil: gold and silver. The political and economic structures were set up to do just that.  The goal was to extract the wealth for the benefit of the “mother country.”  The people in those lands were either an obstacle or a means to extracting that wealth.

For a long time, the colonies were forbidden to manufacture things. They had to export the raw materials, and then buy them back as manufactured goods.

As time progressed, political ties were severed with the “mother countries,” but the economic structures and systems remained very much the same, and the economy continued to be extractive. The mining that continued, not just silver and gold, but tin, copper, and iron, all followed the pattern that they were taken for the benefit of others, not the local people. The agriculture and manufacturing that eventually developed were also set up in a way that benefited and profited a few people at the top of society and people outside the country. For example, auto manufacturing paid workers a very small wage, but the cars cost three times the American price in Latin America.

The thirteen British colonies did not have the gold and silver. They had some raw materials to be exported, and they were exported. But the colonies were able to maintain some control over their own economy. They began to build their own ships, for instance. Eventually, they rejected British control and taxation. They kept the economy from being extractive.

The book is very long and detailed. It covers the history from the beginning up to the present. I recommend it, although it can feel like a slow read with all the details.