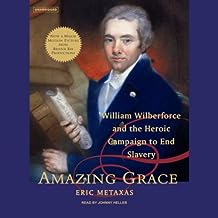 Despite his impact on western civilization, William Wilberforce is often forgotten. If remembered it is merely for his impact on ending slavery. But there is much more to the man and his story.

He began (what we would call college) as a life of insouciance. He attended class, but with little seriousness. There was lots of time for “discussion” with his friends and the life of a gentleman. After finishing at school, he had some money, and so we bought a seat in Parliament.

Buying is the appropriate word because voters were expected to be paid for their inconvenience. In addition, he held an ox roast: a very rare and expensive event, but it all paid off in terms of getting him elected.

The “Great Change” (as he called it), took place on a trip. He had asked Isaac Milner, an Anglican priest who had been his childhood tutor, along on the trip. Milner was ordained, but  like many clergy of his day, did not appear to be very fervent. However, as the two of them discussed issues, it became a serious discussion. Wilberforce had a great conversion. He seriously considered leaving politics altogether, but was persuaded to remain.

A second person whom Wilberforce had known since his youth as John Newton, another Anglican clergyman who had also been a sailor, captain of a slave ship, and later wrote “Amazing Grace.” As is said, “It’s all in the relationship.”

His Christian belief challenged him to believe that certain things followed from his faith, and one of them was that slavery was wrong. His faith was serious and profound. In fact, he kept lists of people and marked their names with suggestions as to how he could either convince them to faith or at least nudge them along the way.

His campaign to end slavery took a long time. It was seriously believed by most people that slavery was simply a necessary evil that was needed to maintain civilization. Without this “free labor” the economy would simply not function. Slavery was thought to be part of the human condition.

The men’s group at St. Michael is reading this, and it is well worth the read!